A great little article covered in the Scottish Wedding Directory about an engagement performance last year in the Botanical gardens of Edinburgh.  We were delighted to perform as a surprise straight after Calum proposed to Morwenna – and… well let’s just say we were relieved she said yes!! 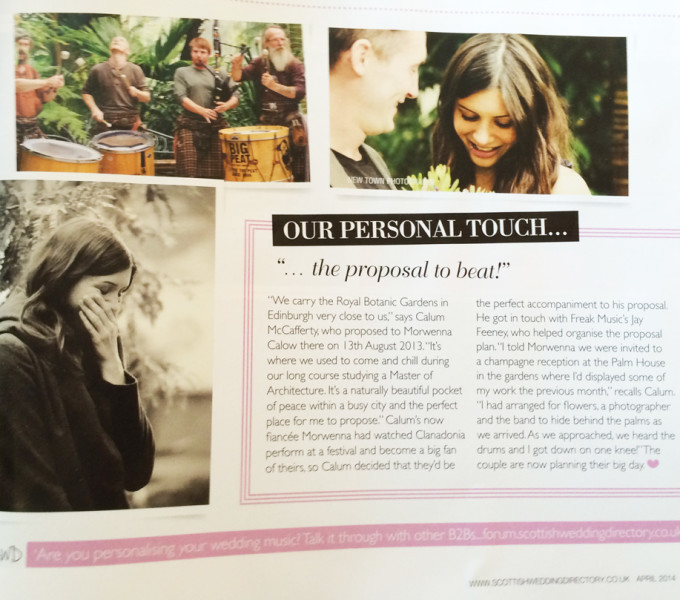 Clanadonia are happy to endorse this Kickstarter fund to help produce a pilot episode of the Television Series, Lion of Alba, about the Reign of King Robert the Bruce.

They are looking for 200,000 people to pledge $10 to produce the pilot episode of the “Lion of Alba” TV series about the reign of King Robert the Bruce. We’re sure are proud of your heritage and if you can help please visit the site and pledge some cash. Non Scots also welcome 😉

Lion of Alba is the working title, as Scotland has been known as “the Lion of the North” for centuries, and the royal flag displays a single red lion rampant and man himself was Scotland’s fiercest warrior-king. And Alba, of course, is an ancient word for Scotland.

Clanadonia wow the crowds in Landshut in Germany

The boys have been leapfrogging the English Channel like mad this summer and last week found themselves in South East Germany playing at the European Busker festival there. Local boy Jürgen Liebenstein was on hand with his mates and a few cameras to capture a few clips for posterity. Enjoy!

Clanadonia set to welcome the guests at the 18th MOBO awards this weekend.

As I’m sure a fair few of you will know, the 18th annual MOBO awards will be taking place in Glasgow on at the newly minted SSE Hydro  this Saturday.

The Music Of Black Origin (MOBO) Awards was established in 1996 by Kanya King and Andy Ruffell to recognise and celebrate artists who create ‘black’ or ‘urban’ music.  In its 18 years, it has only been held outside on London in 2009, 2011 and now this year, all of these ceremonies have been held in Glasgow. You are most welcome nice people.

We had an interesting day last week with photographer David Anderson and today we’re delighted to see the pics hot from the press.  Check out our latest collection of band photos taken in Edinburgh’s Arthur’s Seat. 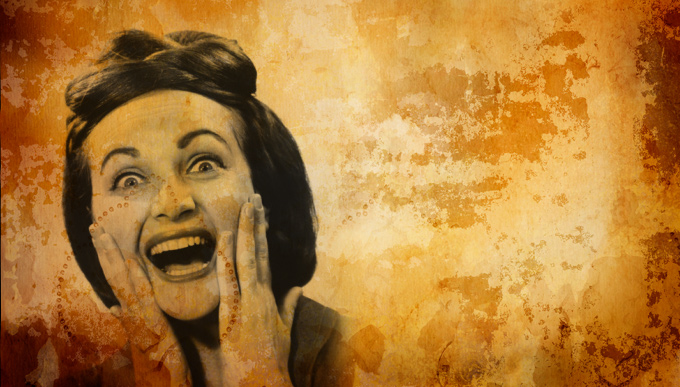 Hats off to the guys at Freak Web Design for creating our new website!  It was time for a facelift they didn’t half deliver.  It’s even mobile responsive so you can very easily access all of our music, videos, galleries and info without pulling out the magnifying glass – cheers fellas!